​​Twenty-seventh of October is boxershorts day; a date to celebrate how sexy people can look while wearing boxershorts. And while we’re absolutely into a good pair of boxers, we decided to twist things a notch and talk about some other kind of underwear for men; male lingerie.

After all, undergarments were not always gendered.

Throughout most of history, the function of underwear was to protect and keep private parts clean. Camisoles were used by both men and women under tunics. Towards the end of the Middle Ages, garments began to have more importance to show social status and gender roles.

It was around then that underwear began to be specific for one gender or another, with lingerie branching to a whole new market that designed clothes specifically to accentuate certain parts of the female body, such as corsets and petticoats.

The invention of new fabrics also made  tight-fitting lingerie possible– something that was not feasible before. And since then, lingerie has become more and more of a staple in our culture – in special, female’s wardrobe.

However, it’s always been used by men as well. In crossdressing, the act of men wearing lingerie is a performative and provocative act of self-expression. Most recently, the Internet has seen a surge of memes of boyfriends and husbands who love to wear their partners’ panties in secret, revealing the idea of men in lingerie is more common than one might think.

The most popular types of male lingerie

Stockings, garter belts, corsets; all of these seem to have a permanent spot in our minds when thinking about lingerie. But when it comes to men wearing it, there are some other possibilities which are also quite popular.

Where to buy lingerie for men?

How to find your size?

When it comes to lingerie, size unfortunately matters. Having the correct size ensures a comfortable wear for both men and women. Sadly, finding the right fit is not always easy.

The lingerie sizing for women is confusing and not standardized – so imagine how it is for men! If you’re considering shopping online, the safest option might be the good old metric tape to get all the measures correctly.

If you have the option of ordering a few different sizes and returning the ones which don’t fit afterwards, that might also be a solution to finding the perfect fit for you. Just keep in mind this solution is not environment-friendly at all, so you might want to keep it as a last resort.

Online shopping is obviously a great and practical solution to discrete male lingerie buying – as well as showing a bunch of different options for first timers. If you don’t want anybody to know that you’re into wearing lingerie this is your call.

However, if you do have the opportunity to shop for male lingerie in person, we strongly advise you do. Some stores are already prepared to receive clients looking for lingerie for men – especially the ones that are also sex shops. A good store clerk can be very helpful in this sense and looking in the mirror while choosing a piece can make all the difference!

Lingerie designed for males vs. men in women’s lingerie

When it comes to male lingerie, the market is expanding, and more options are made available every day for loyal fans; fun, sexy pieces designed specially to fit the male body. This is exciting and refreshing, as it reinforces that lingerie is not a gendered thing, but a fun way of self-expression for anyone. Not to mention, it makes it easier for men to find their right size.

But there is still something subversive in men slipping into attire that was designed for women – the drive of challenging gender roles in our society, which can be a big part of the fantasy for many people.

Ultimately, the choice is going to depend on what your own goals are with the pieces you’re looking forward to wearing. 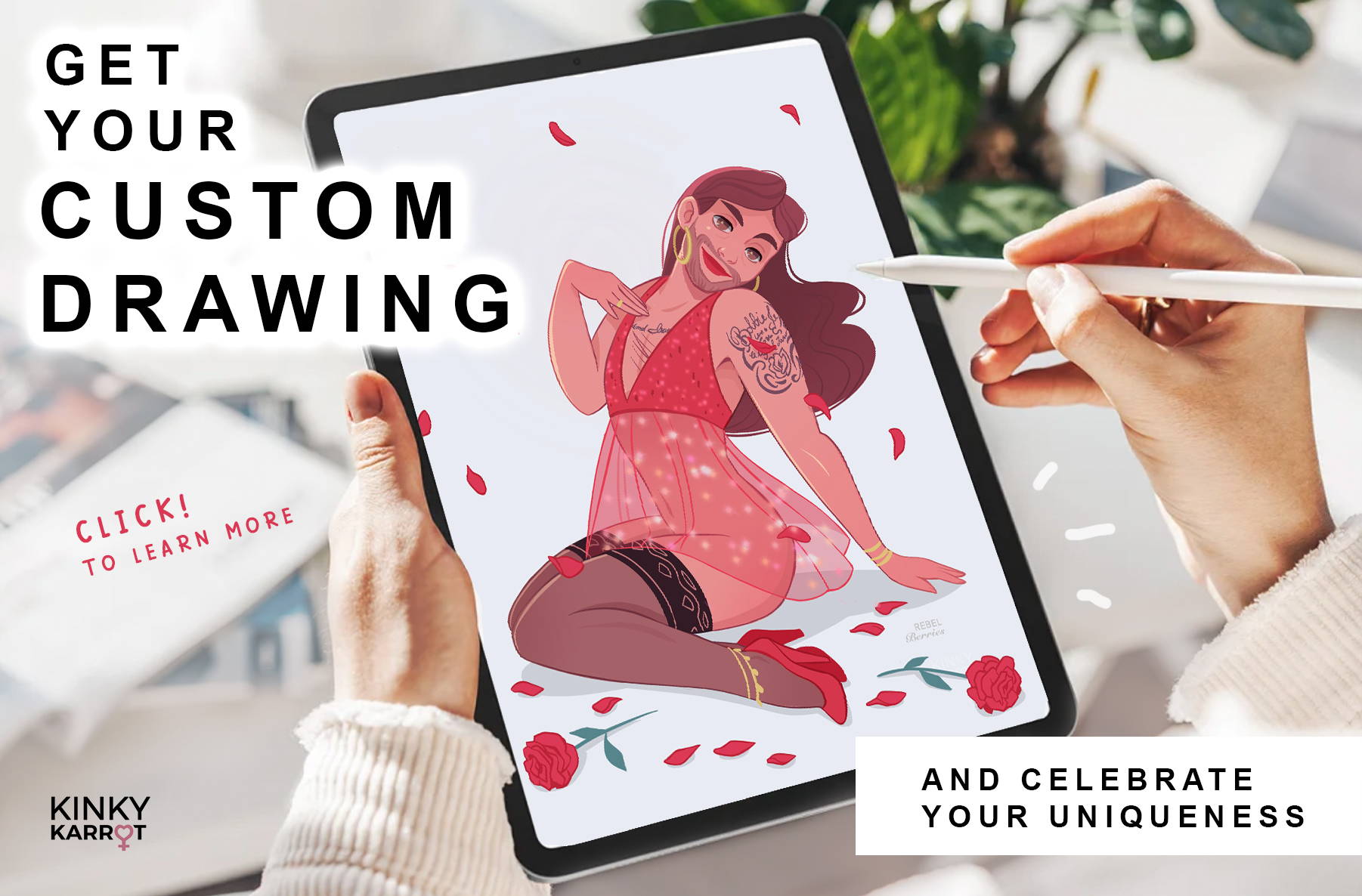 WHAT DO WOMEN THINK ABOUT MEN IN LINGERIE?

You’d then be surprised to know women are very much on board with the idea.

So, we’d say it’s time to stop wearing panties just in the secret of your room and start strutting your stuff proudly!